The Sheriff’s Homicide Unit investigated the death and found no evidence of foul play.

On May 2, 2020, Doyle Nyles Marler, 63, was arrested by the San Diego Police Department for the charges of attempted murder and assault with a deadly weapon. On July 24, 2020, Marler was committed to Patton State Hospital, but due to COVID-19 restrictions, the hospital was not receiving commits.

On August 8, 2021, Marler was admitted to a local hospital for an ailment that was subsequently determined to be a terminal illness. He remained in the custody of the Hospital Guard Unit at the hospital until the completion of all treatment before starting palliative care.

The San Diego Sheriff’s Department contacted Patton State Hospital to attempt to compassionately release Marler in order for him to be placed in hospice care. A hearing was set for this week. On February 10, Marler was pronounced dead at the hospital. 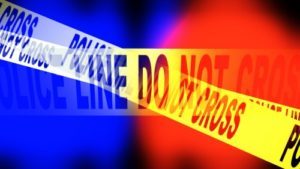 The Medical Examiner’s Office will determine Marler’s cause and manner of death.