Sacramento, CA–Senators Jim Nielsen (R-Red Bluff) and Andreas Borgeas (R-Fresno) Tuesday announced they have introduced Senate Bill 890 to ensure millions of acre-feet of water is stored during wet years instead of being flushed out to sea.﻿

“In 2014, California voters approved funding to build large, aboveground water storage,” said Senator Nielsen. “Because of bureaucratic red tape and a lack of sufficient funds due to increasing costs, we haven’t even turned a shovel on Sites Reservoir. That’s unconscionable. We have the money to fully fund that reservoir and now’s the time to do it.”

SB 890 advances the goals of Proposition 1 (2014) by making significant investments in California’s aboveground water storage and conveyance infrastructure. Specifically, SB 890 will establish the Water Storage and Conveyance Fund that will provide:

–$2.6 billion to complete the funding of Sites Reservoir in Colusa County; and

–$685 million to repair the Friant-Kern/Delta-Mendota Canals and the San Luis Field/San Joaquin Divisions of the California Aqueduct. 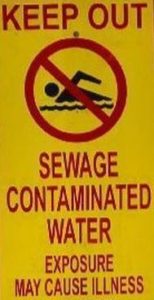 “California’s water storage and conveyance challenges transcend partisan divides and have been exacerbated due to the recent drought,” said Senator Borgeas, who chairs the Senate Agriculture Committee. “Clean, reliable water in California is not only critical to our country’s economy and food supply, but also our national security. Without proper storage and conveyance investments, California cannot continue to lead the nation in food production.”

Completion of Sites Reservoir would ensure an additional 1.5 million acre-feet of water is stored during wet years and made available to cities, farms, and the environment during times of drought.

For example, the southernmost third of the Friant-Kern Canal has lost 60 percent of its ability to carry water. As a result, farms, cities, and rural communities that rely on the canal are losing up to 300,000 acre-feet of water per year in deliveries. Similarly, the diversion capacity of the Delta-Mendota Canal has decreased from 4,600 cubic feet per second to 3,211 cubic feet per second at the terminus.

Nielsen and Borgeas added that the Legislature has the opportunity to fund these critical water infrastructure projects using taxpayer revenue that has already been collected. This is because, under state law, infrastructure projects may be financed using revenue from the General Fund when it exceeds the State Appropriations Limit, or Gann limit, according to the senators.

The need for reliable and dependable water storage infrastructure and conveyance is vital. The completion of Sites Reservoir and repairs on the Central Valley canals would go a long way toward preserving public health, protecting the environment, and maintaining economic viability.