In 2019, there were as many as 30 dispensaries illegally operating at any given time in east county, for example. Now, it’s hard to find even one in operation. Chula Vista previously had a number of illegal dispensaries that were eliminated in 2020 using a similar approach.

“Shutting down unregulated illegal marijuana dispensaries required a new level of innovation and collaboration rather than playing a game of ‘whack a mole’ with dispensaries being shut down one day but popping up elsewhere a few days later,” said DA Stephan. “Instead of working mostly in silos, we took a new approach since 2019 that leveraged expertise from a variety of law enforcement, prosecution and code compliance agencies. Now, we are delivering proven success and making sure all neighborhoods, rich and poor, are safe from the criminal industry of illegal dispensaries and associated crime.” 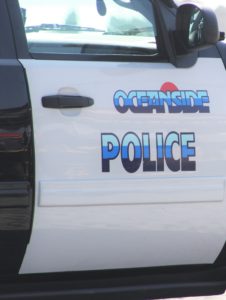 “This is a win-win for communities plagued by these unregulated shops and businesses that allow youth access and fosters a wild west atmosphere where armed robberies, extortion, and homicides have occurred,” Acting Sheriff Kelly Martinez said.

In 2020, then Assistant Sheriff Martinez created a Marijuana Enforcement Team to support and supplement the regional coordinated effort. In early 2021, with the support of Supervisor Joel Anderson and Chair Nathan Fletcher, this team was fully funded by the Board of Supervisors. It continues today and vigilantly pursues enforcement when new shops open.

Illegal, unregulated dispensaries and organized crime groups behind them make millions of dollars while paying nothing in taxes. They sell unregulated and untested products that may contain toxic carcinogens. Many edible products are packaged as gummies that children can mistake as candy. Residents have also strongly complained about dangerous traffic conditions near residential areas where these illegal narcotics dispensaries often set up shop.

In August of last year, the San Diego County Board of Supervisors unanimously approved a proposal brought forward by Supervisor Joel Anderson to increase law enforcement of illegal marijuana shops in unincorporated areas and speed up the receivership process, allowing the county to take control of properties whose owners have repeatedly violated the law by illegally selling cannabis. District 2 had received the bulk of citizen complaints from unincorporated areas of East County.

“These illegal drug storefronts would pop up near our schools and churches, which made East County residents feel unsafe in their own neighborhoods,” Supervisor Joel Anderson shared. “One of my priorities as the County Supervisor who represents a large portion of the unincorporated County has been to ensure that the DA and Sheriff’s Department are equipped with the tools, resources, and staff power needed to put these criminals away so they can’t reopen another illegal operation. I am ecstatic to see our efforts paying off and can’t thank our Law Enforcement leaders enough for their dedicated work on this issue.”

Safe, regulated, and legal cannabis retail, cultivation, and manufacturing will soon be allowed in unincorporated area communities under a new policy passed in January of 2021 by the San Diego County Board of Supervisors.

“We will not allow illegal cannabis shops to operate in our communities,” Chair Fletcher said. “The County and law enforcement have a strategy to shut down unlicensed shops and our aggressive action is showing real and tangible progress.”

Officials say the increased enforcement has led to increased prosecutions. Since March 2019, The District Attorney’s Office has prosecuted 70 defendants related to operating illegal dispensaries. Felony charges are being filed against the most culpable individuals, including business owners and managers, repeat offenders, and those with serious criminal histories. To date, an unprecedented 19 defendants have pleaded guilty to felony offenses involving operating drug buildings, possession of marijuana for sale, possessing narcotics while armed with a firearm, being a felon in possession of a firearm, and conspiracy. Thirteen lower-level defendants pleaded guilty to misdemeanor offenses related to aiding and abetting illegal dispensary operations. Many more cases are still pending due to delays caused by the COVID-19 pandemic.

Officials cautioned that while there has been large success shutting down illegal brick and mortar dispensaries, dealers are moving to illegal mobile delivery businesses, which remains an ongoing issue that continues to be investigated.

Anyone aware of ongoing illegal dispensaries or delivery services should contact the local police department where the business is located or where the crime occurred. Anyone providing tips can remain anonymous.