The group is scheduled to perform at the Pechanga Theatre in Temecula on March 27, and at Humphrey’s in San Diego on Mar-31.

“We are very pleased to be starting our west coast tour in just a few short weeks. Because every other band is also looking for venues, we’ve had to alter our routing a little, but we hope our fans will be as happy and excited to see us as we are to see them! Lots of love from The Go-Go’s!” the group said in a written statement.

As the first multi-platinum-selling, all-female band to play their own instruments, write their own songs and soar to No. 1 on the album charts, The Go-Go’s are the most successful female rock band of all time and, in 2021, were inducted into The Rock & Roll Hall Of Fame. 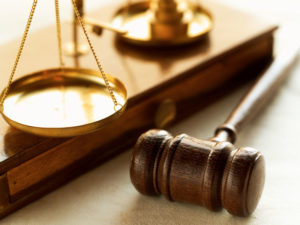 In 2020 the band released their documentary The Go-Go’s, which first premiered at the prestigious Sundance Film Festival to rave reviews, achieving a 97% rating on Rotten Tomatoes and won a 2020 Critics Choice Award for “Best Music Documentary” in addition to receiving the honor of “Most Compelling Living Subjects in a Documentary.” Directed by Alison Ellwood, the candid and archive-rich documentary assesses the group’s place in music and the first to set the record straight about their historical ascent to global stardom. The Go-Go’s first new recording in nearly 20 years, “Club Zero,” hit the Top 10 on the Rock Digital Song Sales chart upon its release and the documentary captures them working on an early version of the song.

The Go-Go’s rose to fame following the release of their 1981 debut album, “Beauty and the Beat,” a collection of infectious tracks with huge hooks. Locked at No. 1 on the Billboard charts for six consecutive weeks, “Beauty and the Beat” was one of the most successful debut albums of all time, featuring the hits “Our Lips Are Sealed” (one of Rolling Stone’s ‘Top 100 Pop Singles’) and “We Got the Beat” and resulted in a Grammy nomination for Best New Artist. The Go-Go’s became a global phenomenon and blazed brand-new trails in music – for women in particular.