San Diego, CA–The California Office of Traffic Safety (OTS) has awarded the San Diego County Sheriff’s Department a $500,000 grant that will fund a year’s worth of special operations and campaigns designed to stop drivers under the influence of alcohol and drugs.

Impaired driving checkpoints, patrols, distracted driving, and traffic enforcement will all be funded by the grant, the San Diego County Sheriff’s Department stated in the release.

“Thanks to our partnership with OTS, we will be able to continue our ongoing traffic safety efforts to protect the citizens of San Diego County,” said Sheriff Anthony Ray.

According to the Sheriff’s Department, the goal is to reduce impaired driving-related crashes and deaths.

So far in 2022, Sheriff’s deputies have arrested more than 1,300 people for impaired driving.

Impaired driving doesn’t mean alcohol. It can include marijuana and prescription drug use. 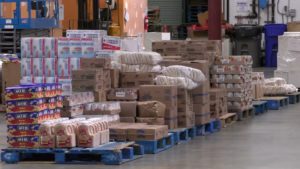 Anyone who drinks should have a designated driver, ride-sharing service, or taxi ready. An impaired driving arrest and conviction can cost more than $15,000 in legal and court fees.

The grant program will run through September 2023.