Agents conducted a vehicle stop at approximately 11:30 a.m. of a 2001 White Ford Edge driving northbound on Interstate 15. During the stop, a Border Patrol K-9 unit conducted a sniff and alerted agents to drugs inside the car. Agents searched the vehicle and discovered the packages hidden inside the front floorboard. The packaged contents tested positive for cocaine and have an estimated street value of $1,401,000.

The 33-year-old driver, a male Mexican citizen, will face charges of narcotics trafficking. The narcotics were turned over to Homeland Security Investigations, and the vehicle was seized and transported to a nearby station. 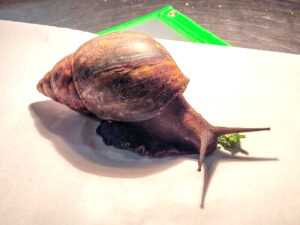 The amount of narcotics seized in the San Diego Sector over the past two years has increased. In the Fiscal Year 2022, San Diego agents seized 163 pounds of heroin, 1,039 pounds of cocaine, 10,600 pounds of methamphetamine, and 1,052 pounds of fentanyl.

“Criminal organizations go to great lengths to conceal and smuggle dangerous narcotics in order to make millions in profits,” said Chief Patrol Agent Aaron Heitke. “This is done without regard for the health and safety of our communities. I am proud of our Border Patrol agents’ vigilant efforts to keep this poison off the streets.”